This week America House Chisinau invites all those who want to find out more about American Holidays through a fun and interactive way to visit our office. This is a great occasion to practice your English skills, have fun, and meet new people!

Did you know that the United States did not even have a standardized flag until 1912?

Come on June 14, at 4 PM to America House Chisinau, Banulescu Bodoni 27, to celebrate and learn more about the American flag and symbols.

Called the “Stars and Stripes,” or “Old Glory,” the flag is one of the most complicated in the world, requiring 64 pieces of fabric to make. Moreover, it has changed designs more than any other flag in the world. The first official Flag Day was observed on June 14, 1877, when Congress requested that the flag be flown from every government building in honor of the centennial of the adoption of a national flag. 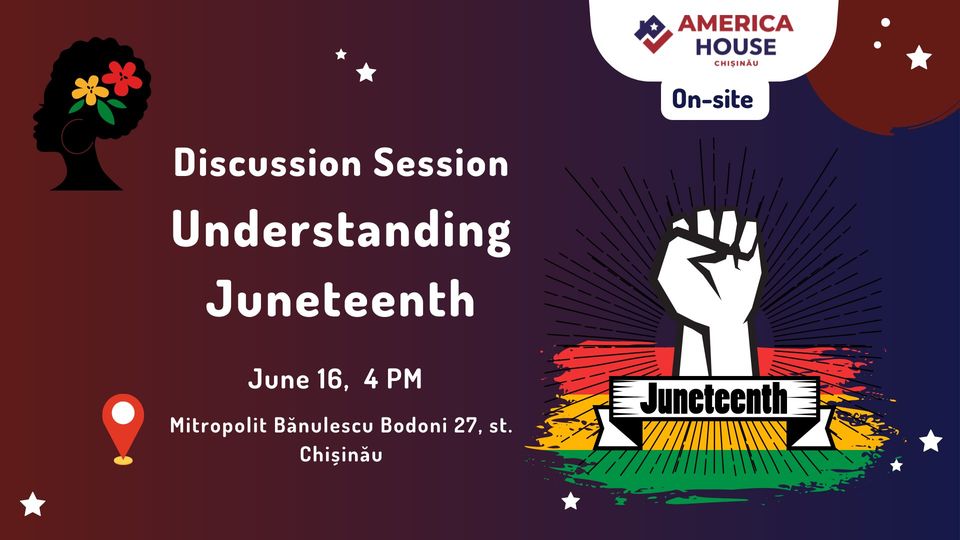 Have you heard of Juneteenth before?

On June 16th, at 4 PM, America House Chisinau invites you to learn more about the significance of Juneteenth through videos, games, and quizzes.
It is an occasion to practice your English skills, have fun, and meet new people!

In the century-and-a-half since, the Juneteenth holiday represents a time to gather with family and community, honor the present and reflect on shared history and tradition.