When speaking of superheroes, our minds instantly think of Superman, Spiderman, Batman, or Hulk. However, did you know that these heroes are part of two huge, yet differing universes - DC Comics and Marvel?

Despite all of them containing memorable characters and stories that have a tremendous impact on American culture, one might still ask which superhero universe is the best.

That's why America House Chișinău decided to create a series of three events, the first two being informative online sessions about each cinematic universe, followed by a concluding debate club on the ultimate topic: Marvel vs DC Comics!

Excited to test your superhero knowledge or to learn something new? Then don't hesitate to join us!

Register at the Debate Club: https://forms.gle/anwQtcgHevsg3KYi9 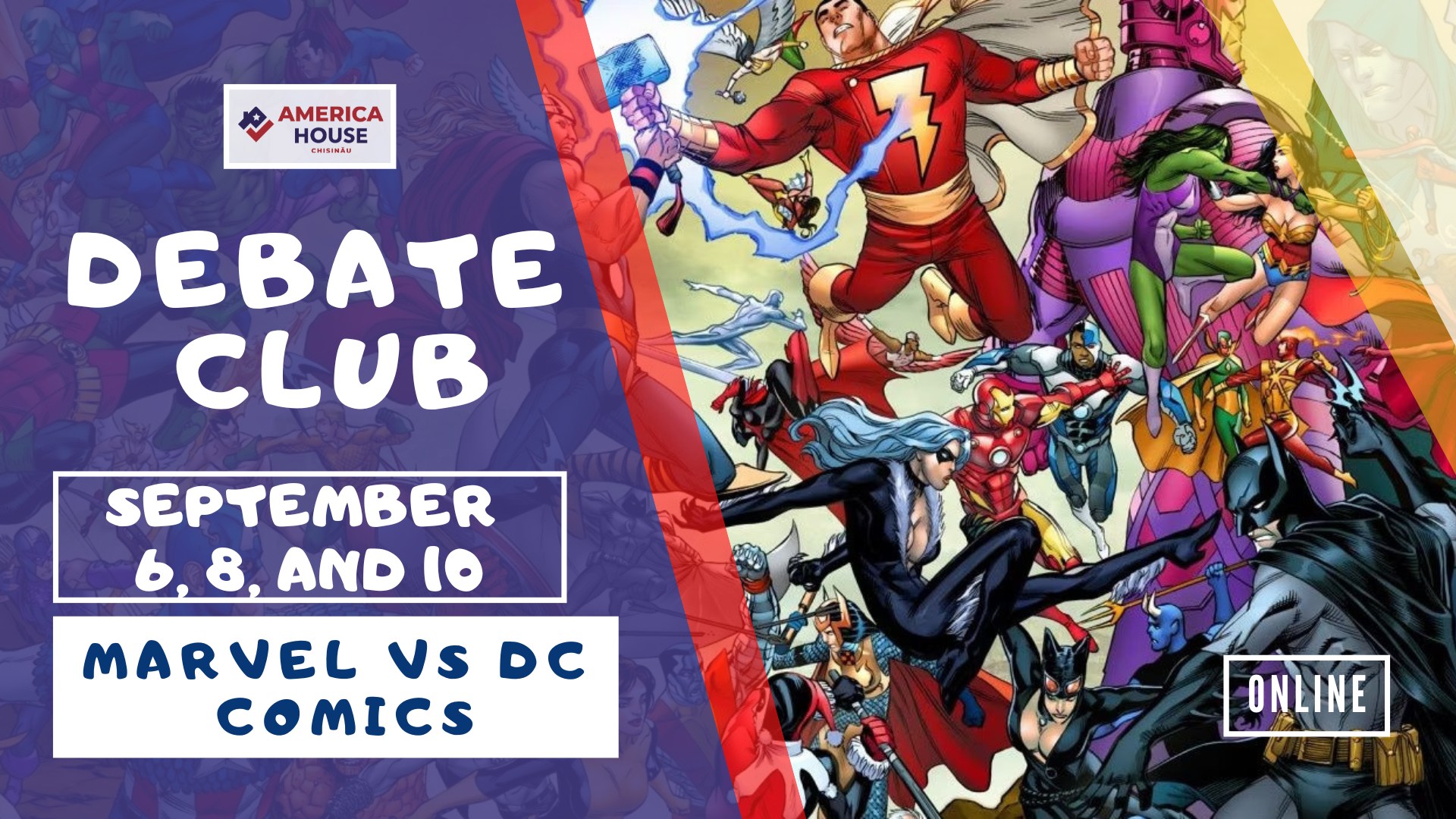