Are you a book lover?

On June 23, at 4.30 PM come to America House Chisinau to find out more about Aldous Huxley and his novel through reading and guided discussion.

In 1492, the New World was discovered by Christopher Columbus. This New World is collectively known as the Americas, a land of opportunity and hope for economic prosperity, for political and religious freedom.

The event will be on-site, at our office situated on Mitropolit Bănulescu Bodoni 27 str., mun. Chișinău.

Good books, a good mood, and good company that's the recipe for a Book Club Meeting at America House Chisinau. 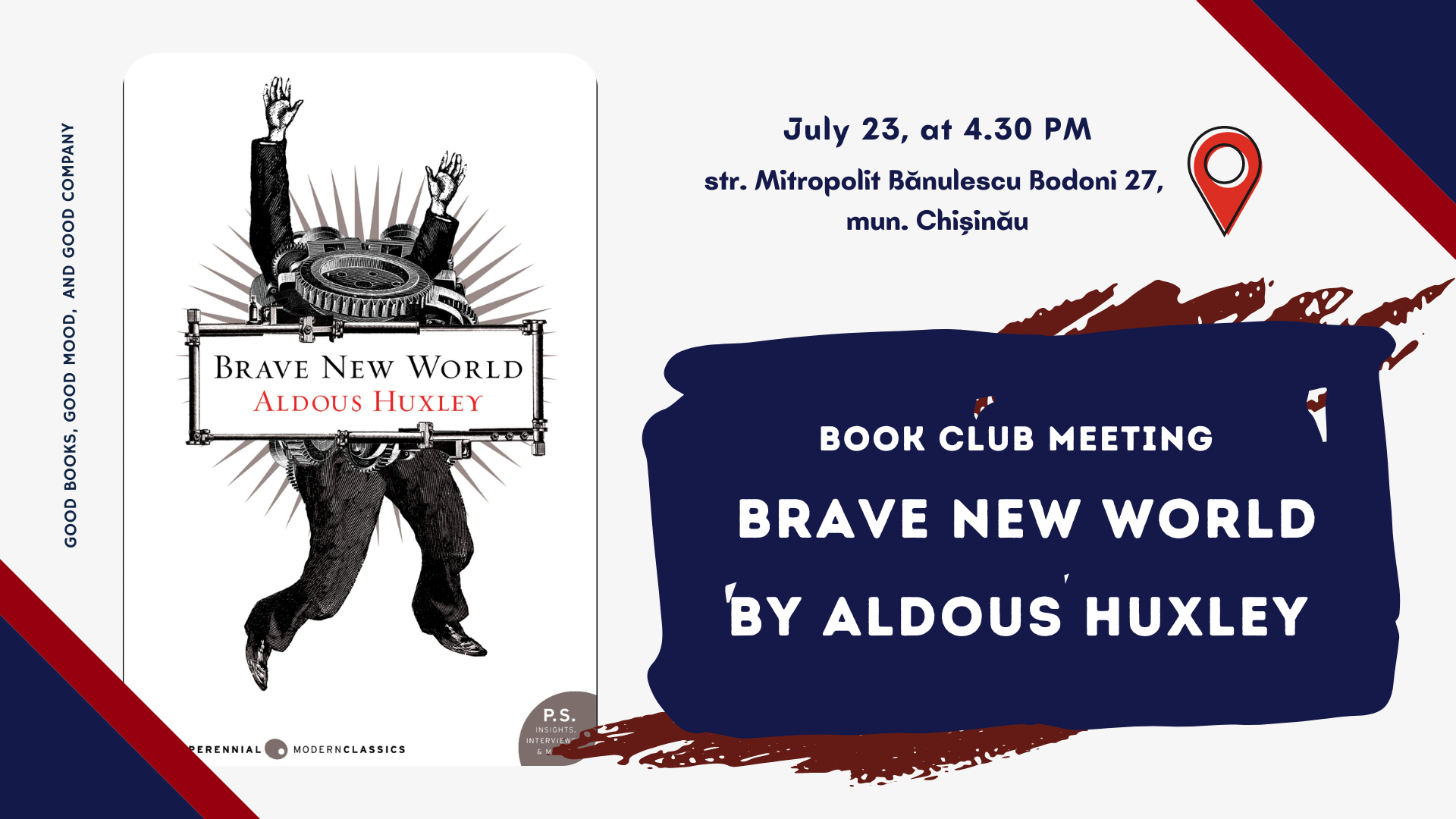